All Collections
Tutorials
Prevent breaking your software with design rules

How to setup dependency rules for your project

Written by Matti Mäki
Updated over a week ago

It is a common assumption that production code should not depend on anything from the test code. Or in a layered architecture, a middleware component should not depend from an application component. It should always be the other way around.

Breaking the design sometimes seems like a nice way to workaround or quickly fix an issue. But most often it leads to unnecessary technical debt which needs to be paid back in the future. Debt comes with an interest - it gets often tricky to fix a design issue because new things are building on top of the bad design and bigger and bigger refactoring needs arise. That's why one wants to make design rules visible and prevent violations already before new code is merged to the main branch.

How design rule violations show up in pull requests

Below we illustrate how violations are reported on new dependencies introduced by a pull request: 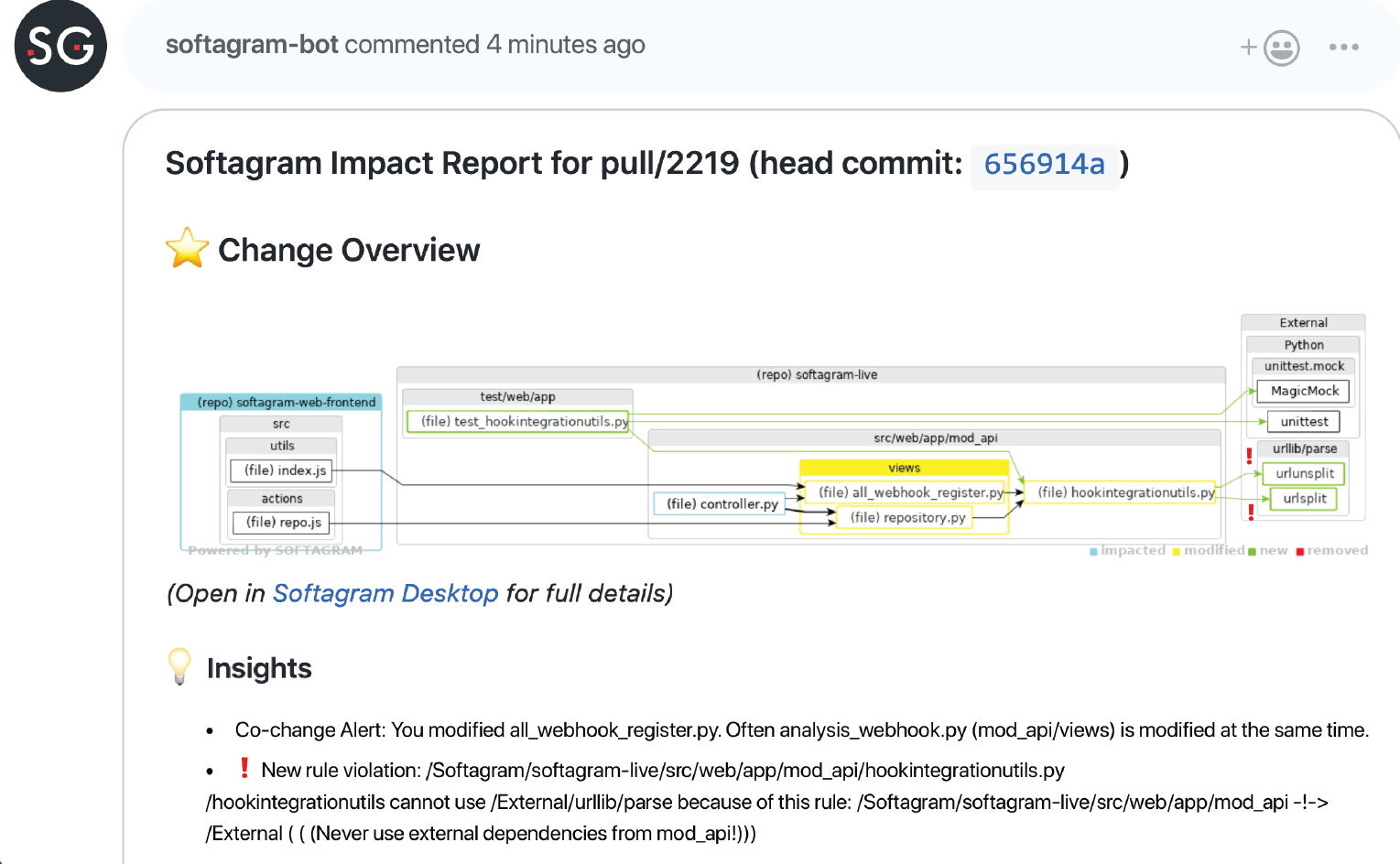 To prevent intentional and unintentional breaking of the design with bad dependencies, Softagram lets you define dependency rules for your projects.

A dependency rule will automatically give you a warning in the pull request impact report if an unwanted dependency is being added.

How to add design rules to your project

You can easily add design rules to your project in Softagram. Just add a .softagram.json  file to the root of your repository, or add them on fly from the Softagram project settings.

Please think about the explicit or implicit dependency rules for your project, decide which rules are the most important to cover first, then read the reference for Softagram's dependency rules JSON format.

If you need help setting up good dependency rules for your project, just let us know. We are happy to help.

Here's a simple example of how the design rules JSON could look like in a project. Note that all the file paths are naturally project-specific.

Softagram doesn't yet provide an automated mechanism for testing different dependency rules before taking them into use but please ping us in the chat and we can do some tricks for you.